Following a €25 million upgrade in 2015, the O-I glass container plant in Järvakandi, Estonia has specialised in the production of bottles for premium spirits brands. Kaido Turro, Plant Manager, discussed the plant’s current performance and priorities with John Wallis. The full version of this article appears in the September/October issue *. 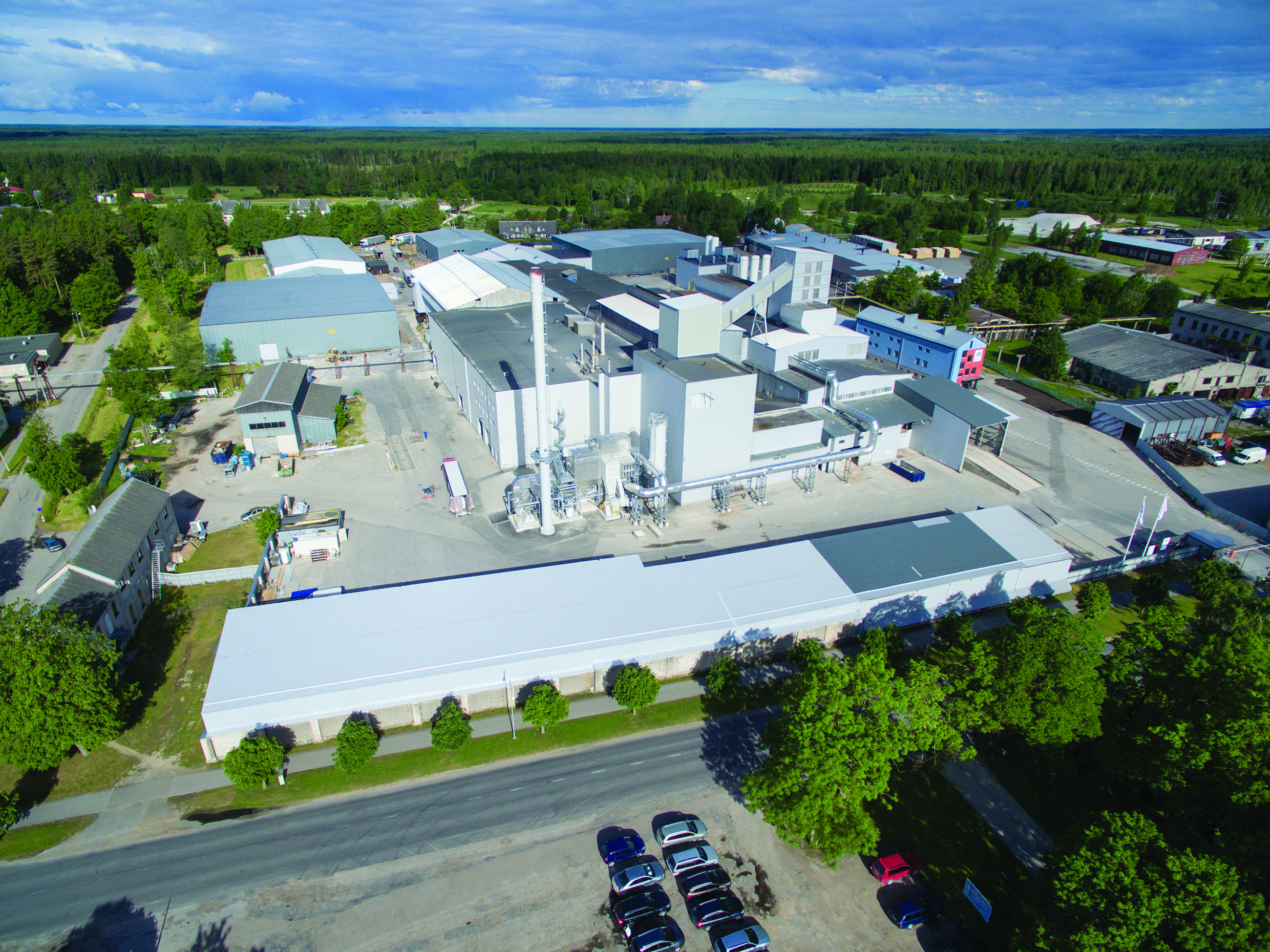 This year, O-I’s plant in central Estonia celebrates its 140th anniversary of continuous glass production. Earlier in its history, the Järvakandi site manufactured sheet glass and fabricated architectural windows but it is now a specialist manufacturer of flint and extra flint bottles and jars for the premium spirits, food and non-alcoholic beverage sectors.

The factory was converted completely to glass packaging production in 1991, when owned by Finland’s Ahlstrom Corp. Ahlstrom (now Ahlstrom-Munksjö Oyj) also operated two container glassworks in Finland at that time.

The Estonian glassworks became part of the global Owens-Illinois network in 1995 and is now one of 10 manufacturing plants in the North/Central Europe region, managed by Michael Prechtl. The site’s experienced Plant Manager is Kaido Turro. Other regional glassworks are strategically located in Dubi and Nove Sedlo (both
Czech Republic), Bernsdorf, Holzminden and Rinteln (all Germany), Leerdam and Maastricht (both Netherlands) and Jaroslaw and Poznan (both Poland) to provide extensive market coverage (continued on page 24).

Business growth
Located on a six hectares site, the Järvakandi factory provides employment for 160 people and is one of the largest employers in this rural area of central Estonia, approximately 80km south of Tallinn. Two decades ago, some 280 people worked at the site but a gradual process of improved productivity and enhanced automation have seen numbers stabilise at the current level, whereas total output has increased significantly in the intervening period.

A major refurbishment four years ago enabled a reassessment of the glassworks’ capabilities, its customer focus, quality levels and performance. The investment was an important part of O-I’s growth programme in Europe and succeeded in optimising efficiency, enhancing capabilities and better serving the changing needs of customers.

Although the glassworks moved from two furnaces down to one, total daily output was increased to 270 tonnes, serving four production lines. Central to the project were the installation of a highly efficient oxy-fuel furnace, an oxygen production facility and a proprietary cullet preheating system. Furthermore, O-I has plans to supply recovered heat to the local community for district heating.

Currently, the plant’s flint and extra flint output satisfies not only local needs but also significant demand from Finland, Scandinavia and neighbouring Baltic nations. Furthermore, prior to the latest economic downturn, Russia also represented a valuable market opportunity, with lucrative orders generated from brewers and other customers in nearby St Petersburg. “We are really pleased that such a significant investment was made at Järvakandi” Kaido Turro confirms. “The furnace has performed very well since commissioning and we have been operating at very high levels ever since.”

A recent annual inspection confirmed that the furnace is holding up well and Mr Turro’s team is confident that its expected life will be met, if not exceeded.

The Järvakandi production shop features two 10-section double gob IS machines, together with two 6-section double gob machines to cater for the spread of job runs demanded by customers. This setup leaves room to grow in the future and optimise production capacity further. In addition, the management team is considering the merits and viability of adopting multiple jobs on the same machines. “It is not a complicated investment to conduct production in this way but we need to be certain that sufficient small run business can be identified to make it viable” Kaido Turro confirms.

Elsewhere in the factory, significant investments have been made at the cold end, assisting the glassmaker to undertake the latest sophisticated inspection techniques.

Export priority
Kaido Turro is quick to point out that the development of strong export orders has always been critical to the success of the O-I operation. With a population of just 1.3 million, a glass factory in Estonia has the capacity to serve export markets as well. Direct exports currently represent approximately 75% of sales, while many of the orders generated from Estonian customers are also destined for international markets. A comprehensive ware range is produced, extending from capacities of 8cl miniatures to 1.75 litre. In total, some 200 million bottles are produced every year.

Prior to 2015, the process of frequent colour changes on two old furnaces had been very time-consuming, so O-I’s decision to concentrate the Estonian plant on flint has brought about many important benefits. There is negligible local demand for coloured glasses and other O-I plants in the North/Central Europe region are better suited to service such orders. And if necessary, the Järvakandi factory always has the capability to employ forehearth colouring on one of its four production lines.

Similarly, Järvakandi is sometimes called upon by other O-I operations to fulfil specialist extra flint orders, as part of a co-ordinated regional strategy.

Family celebration
As the Järvakandi plant celebrates its 140th anniversary, a series of events have been organised throughout the year to mark this special occasion. The glassworks sits at the heart of a glassmaking area with a rich tradition, with its own high quality sand reserves some 200km away – in fact there are examples of family members having been employed by the plant over several generations. Now, the glassworks has become a successful part of the global O-I family over the past 23 years. Significant technological investments have been made to cater even better to the requirements of its target audience and a positive future is anticipated for this customer-centric operation.

* The full version of this article appears in the September/October issue, alongside a series of exclusive interviews with industry figureheads, topical market reports and technology updates. Subscribe now to receive the full paper and digital versions (subscribers receive a free copy of the Who’s Who / Annual Review yearbook!).