In April 2018, the Bastürk Group started up a greenfield glass container manufacturing operation in eastern Turkey. Thirteen months later, Muhammed Yalcınkaya, General Manager explains how the fledgling Bastürk Cam operation has performed since production began at Malatya, as well as the company’s second phase expansion plans. The full version of this article appears in the May/June issue *. 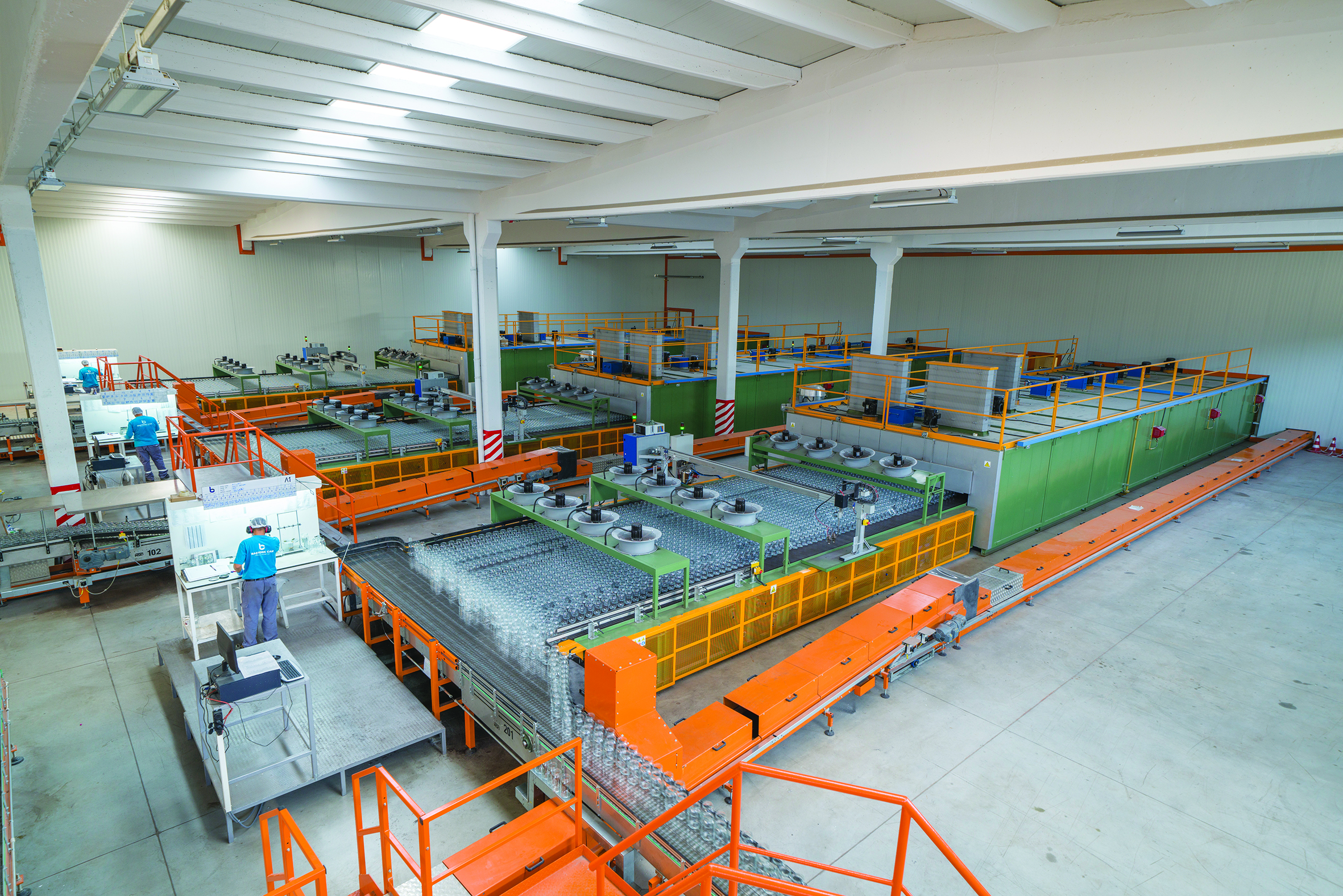 Having worked in the Turkish glass container industry for almost three decades, Muhammed Yalcinkaya was recruited in 2016 to create, construct and operate the country’s latest independent glassmaking enterprise. Together with an experienced management team, the Bastürk Cam General Manager has successfully negotiated the company’s first 12 months and is now looking forward to increasing production capacity via the introduction of a second melting furnace.

Success has already been achieved in a highly competitive marketplace and according to Mr Yalcinkaya, any customer reservations about the project have been overcome. “We are a new player in the Turkish glass market but our location in the east of the country and our quality products have worked to our advantage. Every year, market demand is increasing in Turkey and our success gives us the confidence to increase our capacity.”

Part of the successful Bastürkler Sirketler Group of Companies, Bastürk Cam is located at the heart of the Malatya agricultural region of Eastern Anatolia. It is one of the strongest industrial establishments in the area and has been created first and foremost to meet growing local glass packaging demand. Since its establishment in 1975, the group has developed a series of enterprises in Turkey and Senegal, its interests embracing flour, feed and vegetable oil production, as well as synthetic bag manufacture. The decision to enter the glass container production business came as a direct result of growing demand for sustainable and healthy food packaging.

When planning its ambitious greenfield glassworks, leading international suppliers with proven glass industry reputations were selected. Commissioned in April 2018, the first phase features a 270 tonnes/day SORG glass melting furnace, working end and forehearths, serving three Heye International 10-section SpeedLine IS machines, as well as the German contractor’s specialist hot glass handling systems. Two of the advanced, high speed IS machines have been designed for 6 1/4in double gob operation, while the third is a 4 1/4in triple gob installation. All three lines were set up initially to make white flint food jars.

“We have combined the best engineering and manufacturing features to meet our customers’ highest quality needs” Muhammed Yalcinkaya confirms. “Focusing on harmonising with international standards and continuous improvement in all of our activities, the glassworks project aims to capture the success achieved by the Bastürkler Sirketler Group elsewhere around the world.”

In total, 300 people are currently employed at the Bastürk glassworks, approximately 70% of whom had no previous glass industry experience. “We started with a combination of experienced managers/technicians, newly graduated engineers and some inexperienced personnel, so the provision of continuous training support has been important” Mr Yalcinkaya explains. “We also plan to start Lean 6 Sigma training projects during the second half of 2019.”

Since commissioning phase one of the Malatya project last April, competitive performance levels have been reached, providing the management team with sufficient confidence to plan for a more diversified product range in the near future. “Although customers always have doubts about new producers, our company has become well-known and a preferred supplier thanks to our total quality” Muhammed Yalcinkaya contends.

Having started with a standard series of bottles and jars, over a period of several months the Bastürk Cam portfolio has been expanded to include food jars, fruit juice bottles (hot fill pasteurisation), as well as carbonated and soft drinks bottles. This includes a combination of customer and stock designs, which can be made in single gob, double gob, triple gob and NNPB configurations, using press-blow and blow-blow processes. To date, the furnace has melted a flint composition only but has been designed for green campaigns as well in the future. Forehearth colouring technology has also been installed to meet different customer requirements.

In its first year of operation, in excess of 250 million jars and more than 300 million bottles were produced at the site, with over 50% of output exported to customers in Europe and other neighbouring countries. Based on the company’s already proven ability to make everything from 100ml bottles to 1700cc jars, the potential exists for Bastürk Cam to increase its export ratio to the south and east in the future by taking full advantage of its geographical location.

To realise this ambitious target, plans are already in place to install a second glass melting furnace towards the end of 2020. A nominal daily capacity of 400-500 tonnes is expected and although detailed information is still unavailable, some of the industry’s leading technology suppliers will again be involved in the project.

“The fact that customers appreciate our quality represents an important opportunity for Bastürk Cam” says Muhammed Yalcinkaya. “In particular, there are many export possibilities to neighbouring countries, with the potential to access these markets via the nearby port of Mersin.”

* The full version of this article appears in the bumper 148 page May/June issue, alongside a series of exclusive interviews with industry figureheads, topical market reports and technology updates. Subscribe now to receive the full paper and digital versions (subscribers receive a free copy of the Who’s Who / Annual Review yearbook!).