As the construction phase for Myanmar’s first glass container project in a number of years nears completion, Glass Worldwide spoke exclusively to Deputy Managing Director, Ei Shwesin about the plant and its goals. The full version of this article appears in the November/December issue that has been mailed globally and is also now available free of charge in the digital archive*. 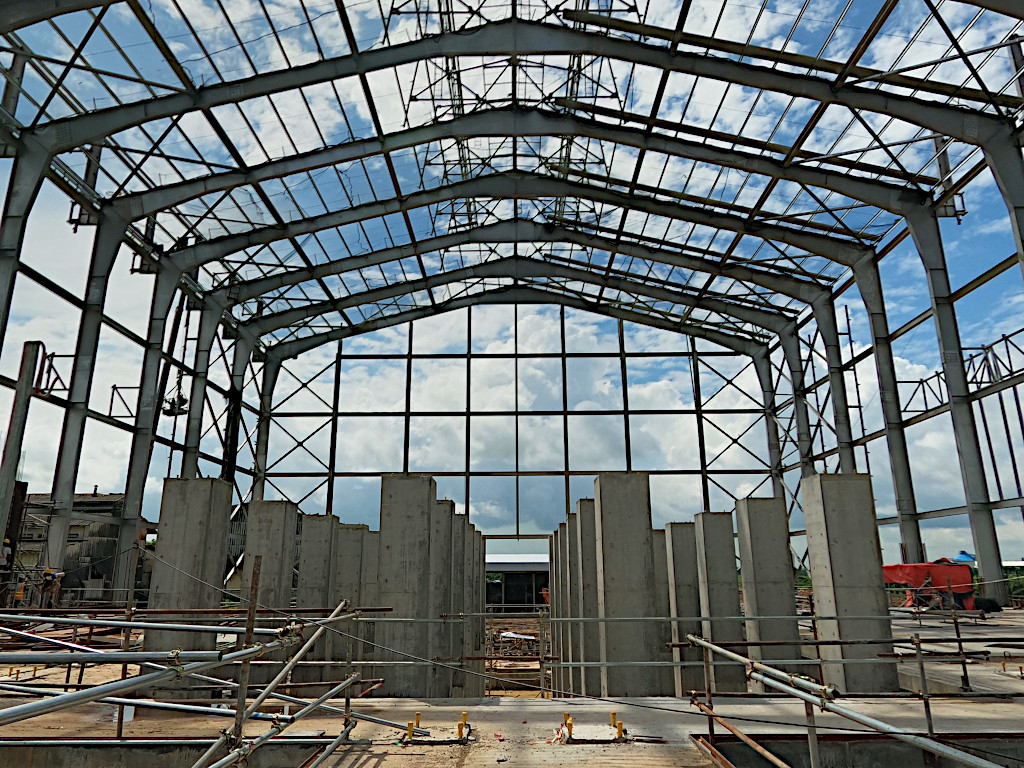 According to Deputy Managing Director Ei Shwesin, with no glass packaging production currently undertaken in Myanmar, the project will provide a valuable opportunity for import substitution. “Myanmar is still a developing country, with a constantly growing beverage sector” Ei Shwesin confirms. Some 100,000 tonnes of glass packaging are imported to the country annually via sea freight alone, plus significant imports by road from China and Thailand. Market demand is growing steadily, requiring local fillers to reuse existing bottles as much as possible. “In addition, we anticipate growing demand for bottles as global beverage brands are increasingly active in Myanmar” Ms Shwesin explains.

Ei Shwesin brings more than 16 years of international experience in finance and banking to the initiative, having worked for more than a decade at Bank of America and Merrill Lynch in the USA. Prior to joining Myanmar Golden Eagle Co Ltd (MGE) as Deputy Managing Director in 2019, she worked as Commercial Sales Director for a Myanmar-based conglomerate, whose extensive business interests include a float glass factory.

Myanmar Golden Eagle’s joint venture with Thailand’s Osotspa Group is described as a partnership of equals, both parties believing in the partnership’s synergy and its potential for the creation of a long-term working relationship.

The origins of the family-owned Osotspa Group date back to 1891 in Bangkok’s Chinatown and today, the company is well known globally for its non-alcoholic beverages, including energy drinks, functional drinks and sports drinks portfolio. Osotspa is successfully growing its brands in Thailand and internationally, implementing targeted approaches to ensure their popularity by reflecting consumption behaviour and meeting constantly changing consumer needs. Its main international markets are neighbouring Myanmar, Cambodia and Laos, followed by Indonesia and Vietnam. In addition, distributors are located in 25 different countries worldwide, including a strong presence in Asia, Africa, Eastern Europe, North and South America.

The first glassmaking subsidiary of Osotspa was established in 1977 and is Thailand’s third largest glass container producer, with three factories and an annual output of approximately 436,000 tonnes. Glass bottles are produced on 17 production lines and in sizes from 15ml to 750ml. The glassmaker’s recent expansion initiatives have closely followed those of its parent company.

According to Ei Shwesin, Osotspa brings a proven, end-to-end track record in project management and the commercial aspects of the glass container business. “The organisation also brings a top-rated financial background as a listed entity on the SET (Stock Exchange of Thailand).”

Myanmar Golden Eagle (MGE) Co Ltd is managed jointly by the Osotspa team and the local partners in Myanmar. Viwat Supatham, Managing Director of MGE is an accomplished glass industry professional, with vast industry experience, including his current work at Osotspa.

The new glassworks provides some 300 employment opportunities, as well as creating more than 1000 jobs in the local community. Initially, the necessary international glassmaking knowhow will be introduced from Thailand but once local employees have been fully trained to international standards,  it is hoped to make the Myanmar operation self-supporting. The dedicated Siam Glass training centre in Thailand is crucial to the provision of essential production training, as is the role of expatriate Thai experts on-site in Myanmar.

Construction of the greenfield MGE glassworks is on track for completion by the end of the year, with commissioning scheduled for March 2021. So far, the global Covid-19 pandemic has not impacted construction work, although future project delays are dependant on whether international technicians are able to travel safely to the site from overseas.

The factory site in Thanlyin Township, Yangon was selected in close co-ordination with Myanmar government authorities, in particular with regard to easy access to essential raw materials. The glassworks is targeting local alcoholic and non-alcoholic beverage producers with ware sizes ranging from 100ml to 750ml in amber, green and flint colours. The joint-venture’s immediate goal is to deliver output that meets international standards but at a lower cost than imported glassware, while also paying close attention to the opportunity for capacity expansions in the future.

Using the extensive experience gained by Siam Glass over several decades, the glassworks is employing the equipment and services of some well-known international suppliers to support its arrival in the glass packaging business. Japan’s AGC Ceramics is responsible for designing and building the melting furnace and forehearths, for example, while China’s Shanghai Precision was awarded the batch plant contract.

Forming equipment has been sourced from sister companies Bottero and Revimac, while fellow Italian enterprise Antonini is responsible for delivering the annealing lehrs. At the cold end, specialist inspection equipment has been sourced from IRIS Inspection machines and Tiama, while Ruitai Technology (China) has been contracted to build and install the cold end handling and palletising equipment.

Although some automation has been incorporated within the glassworks design, greater use of automated technologies will be adopted once the production team has gained greater experience.

Similarly, once production reaches the company’s targeted efficiency levels, the decision will be made whether to build a second production shop. Deputy Managing Director Ei Shwesin is confident that projected demand will be significantly higher that the plant’s initial design capacity, so a follow-up investment is definitely on the cards. “It is extremely important that MGE’s glass manufacturing facility matches international standards and becomes Myanmar’s champion in the glass container industry” she concludes, while also emphasising that as soon as a formal national glass association can be created for Myanmar, the organisation is likely to become a key part of the regional industry via the ASEAN Federation of Glass Manufacturers.