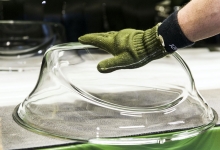 As production managers adjust repair schedules due to the Covid-19 pandemic, safety and reliability are a frequent concern. Vetrerie Riunite Group, a leading Italian company in the manufacture of hi-tech glassware, has taken precautions to ensure furnace reliability amid Covid-19 with the assistance of a SmartMelter inspection.

Following a decision last month to make non-woven filtration media for face masks at the Johns Manville plant in Richland, Mississippi, the company’s plant in Spartanburg, South Carolina has started to make non-woven fabric for disposable medical gowns used in the fight against the spread of Covid-19.

“There is a desperate need in North America and in Europe for medical gowns” said John Vasuta, President of Johns Manville’s Engineered Products business. “Our teams are working quickly to create solutions and manufacture a new coated polyester spunbond non-woven fabric. We are going through unprecedented times, so every step to support health care workers and others on the front lines helps right now.” 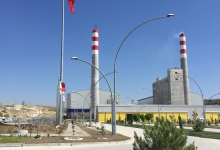 One of Turkey’s leading industrial conglomerates, the Ciner Group is looking to expand its glass container production activities into the UK. According to the BBC news website, a scoping report, which is usually submitted in advance of a formal planning application, has been presented to Blaenau Gwent Council in South Wales. Ciner Glass wants to open the factory in Ebbw Vale by 2023, with full production anticipated the following year.

Included among the Ciner Group’s existing business interests are companies in the local and international energy, mining, shipping, logistics, tourism and media sectors, in addition to the Park Cam bottlemaking subsidiary, which became operational in 2013.

The transaction includes automotive glass fabrication operations in Llodio and Valencia, Spain, plus a warehouse in Karlsruhe, Germany. The purchase does not include Guardian´s float glass business in Llodio, Spain, nor does it affect SRG Global, Guardian’s automotive trim manufacturing business.

Guardian Automotive offers a full range of premium quality automotive replacement glass of OEM-like quality and meets all the required EU standards. PARTER Capital Group AG has said that it is committed to the future of the business and expressed enthusiasm about the opportunity to work with the employees.

Stoelzle Flaconnage in the UK and Stoelzle Masnières in France have successfully restarted operations, after several weeks of shutdown due to the Covid-19 pandemic.

According to Etienne Gruyez, CEO at Stoelzle Masnières Parfumerie, the conditions are in place for a safe and gradual resumption of activity, with the implementation of barriers specific to the business. 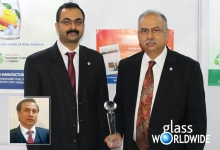 According to Pawan Bhardwaj, Senior Vice President at Hindusthan National Glass & Industries Ltd, despite the major challenges created by the Covid-19 pandemic, India’s leading glass packaging manufacturer has successfully managed to operate its plants throughout, albeit at reduced capacities, with reduced manpower and in the face of several difficulties.

“In line with other industries, many Indian glass plants were inactive but now, approximately  65% of manufacturers  have resumed operations and the remainder will restart in the coming days” he confirmed. Most major customers  have restarted their businesses on a part-time basis and are currently running at some 50% capacity.

With more than 30 years of experience in information system solutions for the glass industry and more than 70 plants equipped worldwide, Tiama with its IQ Scan technology is helping to improve efficiency and operations by monitoring the plant in real-time. 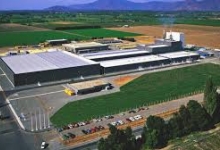 Following a capacity increase of one furnace at Verallia in Chile, it was necessary to upgrade the batch plant, a project that EME has successfully completed in recent weeks. The identification of bottle necks resulting in extended cycle times and the creation of solutions to reduce them was a key aspect of the project.

An extensive audit to determine the best opportunities for the upgrade and modernisation of the existing batch plant resulted, notably in the exchange of several dosage devices in order to achieve the desired capacity, as well as optimisation of weighing accuracy, installation of additional precision scales for the weighing of extra raw materials, bigger mixers, installation of new batch transport systems and an extension of the existing cullet return system.