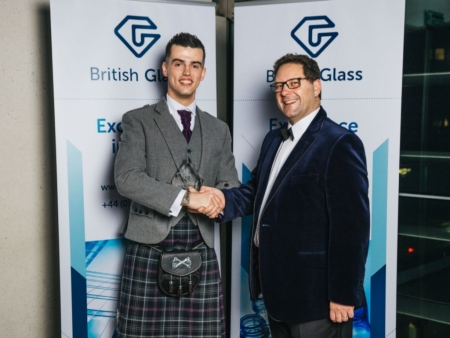 Taking over from Saint-Gobain UK’s Steve Severs, who has been President since 2019, Mr Demmon started his two year term at the start of 2021.

He has been a member of the British Glass board of directors since 2016 and has served as Managing Director at glass merchant and consultancy firm MKD32 since its foundation in 2012.

“We’re thrilled to welcome Matthew as the new President of British Glass following Steve’s excellent two years at the helm” commented Dave Dalton, British Glass CEO. “Having worked closely with Matthew during his time on the board of directors and with our work on the Scottish deposit return scheme, I’m sure he will guide our organisation and our industry through whatever the next two years may throw at us. I’d also like to personally thank Steve for the support he has offered both me and the wider team at British Glass; his presence has been invaluable during such a tumultuous time.”