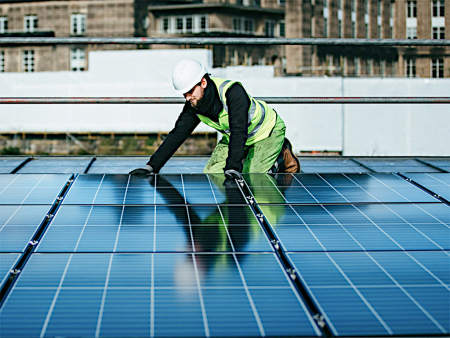 Canadian Premium Sand has entered into a memorandum of understanding with Hanwha Solutions Corporation concerning continued discussions between CPS and Hanwha with respect to a definitive commercial offtake agreement for patterned solar glass from the company’s glass manufacturing facility being developed in Selkirk, Manitoba.

“Following a tour of our planned facilities in Manitoba and meetings in Calgary with members of Hanwha’s management team in June of 2022, we are delighted to enter into an MOU with Hanwha regarding long-term supply of our low-carbon, patterned solar glass,” stated CPS President, Glenn Leroux. “Hanwha’s North American solar glass demand requirements of over 3GW of module manufacturing represents over 80% of our planned Phase 1 production capacity.”

CPS continues to advance other development initiatives that will bring the solar glass project to a shovel-ready status, including permitting, silica sand resource upgrading and testing and ongoing negotiations to convert other existing expressions of interest to commercial offtake agreements.