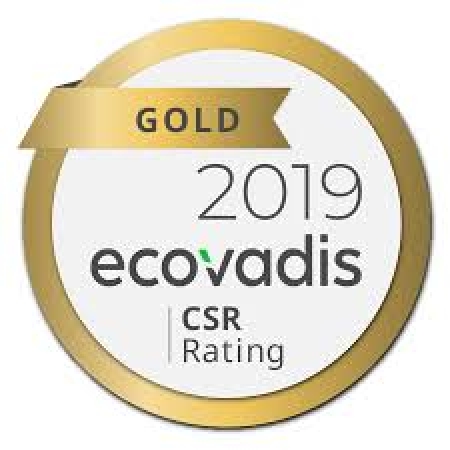 Verescence has been awarded a Gold level for the second consecutive year by rating agency EcoVadis, which specialises in the evaluation of corporate social responsibility (CSR). EcoVadis confirmed Verescence’s Gold status and highlighted its progress in terms of social and environmental responsibility by awarding it a score of 77/100, an increase of six points. Therefore, the group ranks among the top 1% of global companies with the most advanced CSR approaches, according to the EcoVadis ranking. All of its production sites in France, Spain and the USA also confirmed their gold medal status.

According to Alain Thorré, CSR Director at Verescence, the award is a strong recognition of the glassmaker’s CSR commitments and its ‘Glass Made to Last’ strategy. “We’re very proud of the scores obtained by our sites and today, we want to go even further, by also involving all our suppliers in our approach to improve CSR performance throughout our value chain” he confirmed.

Earlier this year, the specialist glassmaker for the beauty industry also received a Sustainable Leadership Award at the 2019 Sustain event for the CSR performance of its North American subsidiary and by the CDP, which positions the glassmaker in Group B in terms of climate change and water consumption.