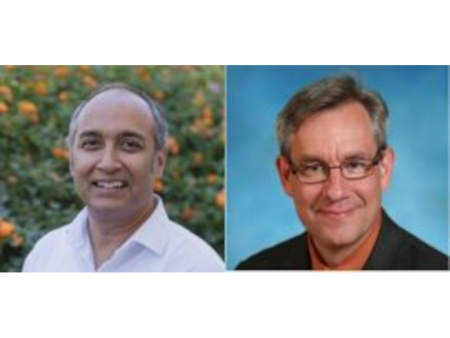 The 16th Otto Schott Research Award has been awarded to Professors Sabyasachi Sen and Josef Zwanziger for their achievements in fundamental and experimental glass research.

The award was presented to the two scientists on 13 October during a virtual ceremony by jury members Professor Tanguy Rouxel of the LARMAUR Applied Mechanics Laboratory in France, Professor Kathleen A Richardson of the University of Central Florida in the USA and Dr Matthias Müller, Vice President R&D at Schott.

Professors Sen and Zwanziger share a number of key attributes. They have similar scholarly metrics of productivity, as well as the same scientific interest and expertise in the field of glass structure. Both are also regular contributors to global scientific meetings and scholarly activities, advancing understanding of the traditional and progressive uses of glass in a wide range of forms and applications.

Professor Sen of the University of California, Davis, is honoured for his sustained contributions to fundamental and applied research on oxide and non-oxide glasses, including structural modelling and characterisation measurements.

He has also collaborated with many international partners, contributing to the understanding of the amorphisation and zeolite collapse phenomenon.

First nominated in 2016, Professor Zwanziger of Dalhousie University in Canada was one of the first scientists to develop NMR (nuclear magnetic resonance) techniques to study the atomic structure of glass.

He has made significant contributions to the understanding of glasses containing boron and more recently, to the development of lead-free compositions with zero stress-optic coefficient.

Editor of the Journal of Non-Crystalline Solids, Professor Zwanziger has an impressive body of published work and is a keenly sought after speaker on the international stage.