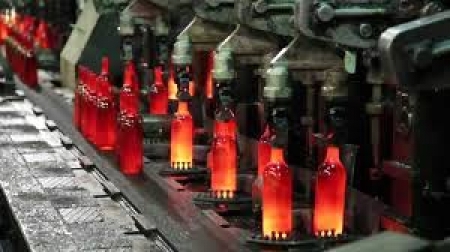 Tunisia’s Sotuver has been successfully manufacturing glass packaging for the region’s food industry since 1967, as well as serving customers in southern Europe, west and central Africa.

Last year, the decision was taken to build a third melting furnace at the Djebel Oust plant, some 30km south of Tunis. ZIPPE Industrieanlagen has recently received an order to accommodate the project’s batch preparation requirements.

Sotuver’s third furnace has been planned with a total capacity of 300 tonnes/day (110,000 tonnes/year), serving four production lines and employing a cullet percentage of approximately 15%. It will be built next to the site’s two existing furnaces, which are designed to melt 120,000 tonnes/year in flint, emerald green and antique green colours.

Having been responsible for delivering the glassmaker’s original batch house within Tunis more than five decades ago, ZIPPE has recently been selected to supply the batch house, batch transport and cullet return systems for this major expansion, in addition to a 360 tonnes/day recycling plant for post-consumer cullet. Both plant are expected to be commissioned in July 2021.

The German contractor is responsible for the overall planning of the plants, plus the supply of equipment and electrical control system. Support will be provided during the installation and commissioning period. Associated steel works and installation services will be sourced locally.

The batch house design features 17 silos in total. For one part, these silos will be fed by mechanical transport and for the remainder, they will be fed pneumatically by silo trucks or a pneumatic sender system.

Raw materials will be weighed through an additive weighing process and conveyed into a mixer by a discharge belt. The mixer will have a volume of 1875 litres and will be supplied by ZIPPE. Batch transport is to be effected by a conveying belt system into both dog houses of the regenerative end-fired furnace.

For the cullet return system, ZIPPE will supply a scraping conveyor for charging hot cullet, as well as a main crushing station and other equipment.

Essential components of the replacement ZIPPE design include a two roller crusher, a magnet drum and an eddy current separator, as well as a screen tray with CSP sorting level.