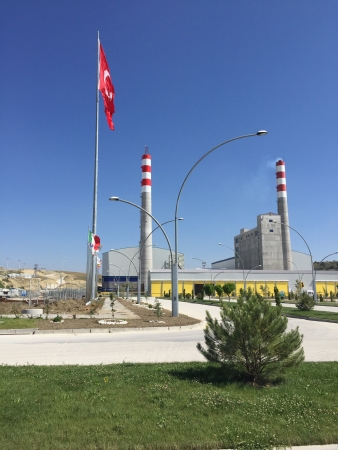 One of Turkey’s leading industrial conglomerates, the Ciner Group is looking to expand its glass container production activities into the UK. According to the BBC news website, a scoping report, which is usually submitted in advance of a formal planning application, has been presented to Blaenau Gwent Council in South Wales. Ciner Glass wants to open the factory in Ebbw Vale by 2023, with full production anticipated the following year.

Included among the Ciner Group’s existing business interests are companies in the local and international energy, mining, shipping, logistics, tourism and media sectors, in addition to the Park Cam bottlemaking subsidiary, which became operational in 2013.

Located mid-way between Ankara and Istanbul, close to the city of Eskisehir, Park Cam has made a significant impression in the local glass container sector, realising average pack efficiencies of better than 91% for the high volume manufacture of lightweight narrow neck press and blow bottles. The greenfield Bozuyuk production site (illustrated) currently houses two 250 tonnes/day furnaces and is designed to accommodate another two production shops in the future.

Operating at speeds of approaching 800 bottles/minute, the advanced manufacturing facility has generated high praise from customers and fellow glassmakers for its quality and production efficiency levels.

Potentially, the Ebbw Vale glassworks could feature two furnaces and a specialist cullet recycling facility. Approximately 600 jobs would be created in an area that is steeped in coal mining and steelmaking tradition.