According to Piotr Knast, Poland’s Forglass is developing some creative technical solutions relating to glass furnace and associated equipment design that could significantly benefit the international glass industry’s long-term production flexibility, energy saving and emission reduction goals. The full version of this article appears in the November/December issue that has been mailed globally and is also now available free of charge in the digital archive*. 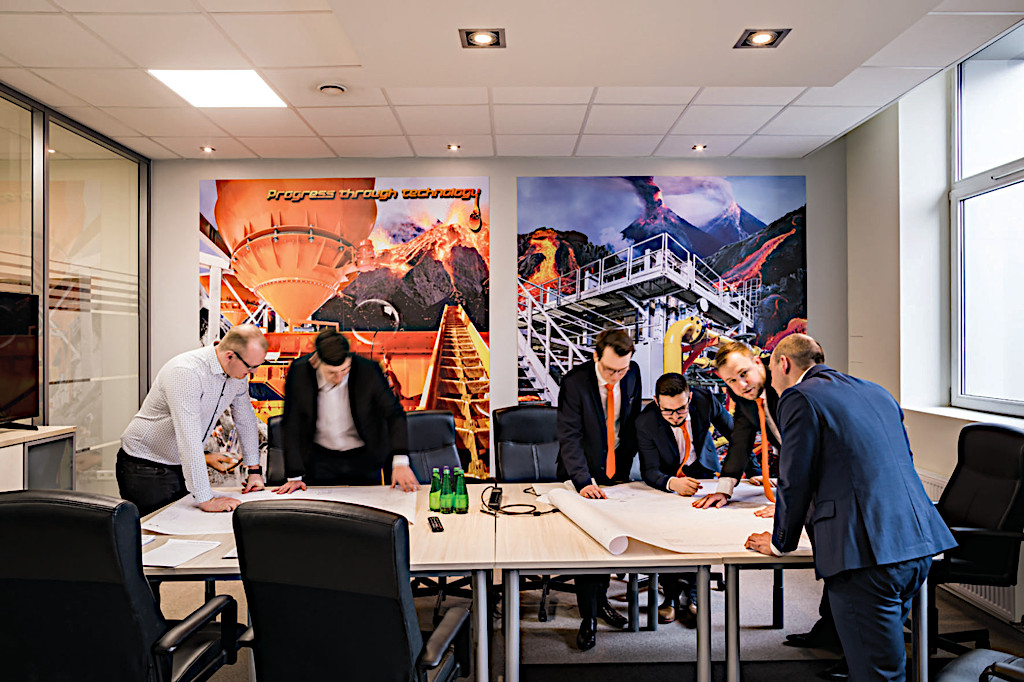 Forglass CEO, Piotr Knast is a long-time admirer of Ed Catmull, whose philosophy of developing and growing Pixar and Disney Animation companies was based largely on embracing creativity as the engine of innovation and seamlessly combining it with technical expertise. “In an integrated company, you can’t draw a line between the technical and the creative” Mr Catmull says.

Creativity is not something that is usually associated with engineering, especially in conservative industries like glass production but Mr Knast insists on nurturing and encouraging creativity in his staff. As a result of this approach, the company has been working on a number of creative innovations for many years, blending the line between the technical and the creative.

The advent of mathematical modelling has made it possible to test a number of promising innovations in furnace design and according to Piotr Knast, several powerful solutions are currently in the final stages of testing and will be released to the industry over the coming months and years.

Headquartered in Krakow, Poland, Forglass is an engineering and technology company that has earned the trust and respect of some of the leading glass producers in Europe and elsewhere. The company’s bold approach to innovation is well known in the area of automation and integration with Industry 4.0 solutions. And Mr Knast says that the fundamental improvement in furnace design is yet another brave leap forward.

While the details of the company’s revolutionary furnace design are still to be made public, its main claimed benefits can be reported. A variety of tests have shown up to 15% energy savings and reduced CO2 and NOX levels. Forglass reports that its furnace can be easily erected in conventional glass plants, without the modification of production halls and other structures. In addition to the savings and ease of installation, the company’s solutions are expected to allow glass producers to take a different, more flexible – indeed, revolutionary - approach to sales and production planning.

Having come from diverse areas of glass production, the founding fathers of Forglass had first-hand experience with the multitude of challenges faced by glass producers and were determined to solve them. This is why today, Forglass is not only a technology developer but also a company with extensive practical experience in erecting, maintaining and repairing glass furnaces. And they know what works and what does not, not only from solving the problems faced by glass producers every day.

Indeed, the company’s approach to solving problems is well-founded in science, Forglass engineers testing their designs extensively in computer modelling studies. Having partnered with the Dutch company CelSian Glass & Solar BV to provide its GTM-x software, Forglass has been testing the revolutionary furnace design for a variety of applications on four virtual production lines that have been running continuously for over a year. Certain physical elements have been installed in a working, experimental furnace. Forglass reports that the test results have been impressive and that it is engaged in ongoing conversations with potential investors.

Other recent innovations from the Forglass Batch Plant Division include an ‘intelligent’ scraping conveyor, aptly named SmartScraper. Equipped with an innovative overload protection system, the design uses electronic sensors to continually monitor the working conditions of the conveyor, diagnose problems and react instantly to changes in operation. The machine’s built-in intelligence allows it to slow down or stop before its elements are damaged, including the protection system itself. Additionally, when connected to a comprehensive array of sensors like temperature, working speed or efficiency, SmartScraper allows detailed analysis of its performance to avoid future malfunctions.

Forglass has also created a low-dust, selectable grain crusher, which is described as an integral part of the latest technology in PCR cullet management – the Forglass PCR Cullet System. This equipment actively manages the removal of impurities (both magnetic and non-magnetic), allows the recovery of contaminated cullet and provides high separation efficiency. Reportedly, the tangible benefits are improved glass quality, reduced cost and extremely low dust levels.

What is particularly intriguing is that Forglass does not stop at innovating in the realm of technology. The company aims to revolutionise the industry’s business rules by sharing its inventions.

To understand this decision, it is necessary to look at the company’s history. Forglass was created as a result of merging five companies with diverse expertise in the glass industry and the company’s five owners have equal shares in the business and equal input. Piotr Knast says that this synergistic relationship between them that has allowed Forglass to grow so quickly.

The founders believe that supporting other companies and finding synergies is the only long-term strategy that can truly work now and in the future. So, rather than ‘fighting’ with other furnace suppliers over market share, it is intended to support them with this new technology, especially outside of Europe.

“If you can break through the mental barrier of scarcity, you have a chance to really grow, to sail your ship in the ‘blue ocean’ of abundance” says Piotr Knast. “I think that in the long-term, this strategy will bring better results for everybody. Working together with other engineering firms, we can change the world of glass production forever. We can give our clients the tools to face the challenges of the next decade. We can radically reduce CO2 and NOX emissions, reduce energy consumption and literally change the future of furnace design, not unlike Sir Alastair Pilkington’s invention of float glass.”

* The full version of this article appears in the November/December issue that has been mailed globally. To increase accessibility in the current environment, the digital version of this issue can be read free of charge in its entirety alongside back copies in the Digital Archive (sponsored by FIC) at https://www.glassworldwide.co.uk/Digital-Issues. To receive the paper copy, all future issues and a free copy of the Who’s Who / Annual Review 2020 yearbook, subscribe now at https://www.glassworldwide.co.uk/subscription-choice