Developing opportunities for glass packaging from a position of strength

Rajesh Khosla took over as President and Chief Executive Officer at AGI glaspac in May 2018, having previously worked extensively in the international steel and associated industries. Just over a year after his appointment, Mr Khosla spoke exclusively to Glass Worldwide about AGI glaspac and the business growth opportunities that exist for one of the region’s leading glass packaging manufacturers. The full version of this article appears in the July/Aug issue *. 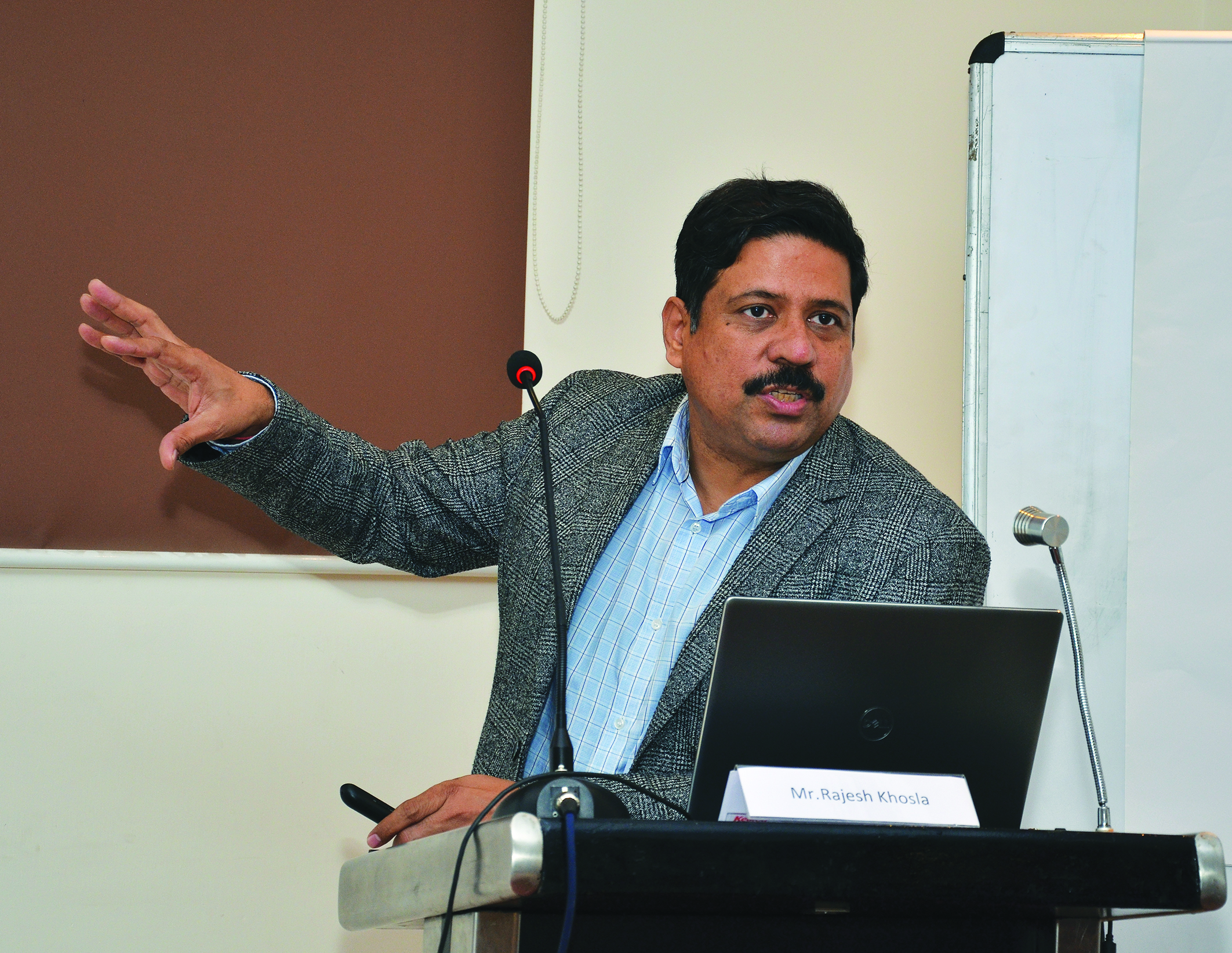 With two state-of-the-art manufacturing facilities, the AGI glaspac division of HSIL Ltd is one of India’s leading glass container manufacturers and the largest in the south of the country, with a 17% market share nationally. The business employs approximately 3000 people and manufactures high quality glass containers to meet the stringent and demanding quality needs of food, pharmaceuticals, soft drinks, spirits, beer, wine and other industries.

According to Rajesh Khosla, AGI has a different perspective from other local glass manufacturers with respect to its working environment, manufacturing tools, its vision for the future, its plans for expansion and passion for value addition. “An environment has been created, for example, where innovation, research and development and best practises are an integral part of the working culture” he explains. “Furthermore, manufacturing tools like business excellence and total productive maintenance have been introduced, showing that AGI glaspac does not stick to traditional methods, taking full advantage of workplace cultures that are implemented globally. AGI has a medium-term, five year plan for horizontal and vertical movement.”

Since joining the company, Mr Khoska has identified business growth opportunities both locally and outside India. In addition, however, he believes strongly that value-added services need to be introduced to revolutionise the glass market and to grow vertically.

“AGI glaspac provides an excellent platform for professionals” he suggests. “The whole organisation is running with the vibrant energy to experiment, innovate and grow. And since glass is the ‘sunrise industry’ in India, opportunities are many.”

Rajesh Khosla’s management approach is to dream for potential, create an execution plan and implement it with full energy and discipline. “Besides that, I fully believe that best practises employed in other industries can also be applied and integrated in the glass business. We must explore all areas, including sales, raw materials and operations, as well as integrating with a changing world.”

Rapid product development is a core strength of AGI, a company renowned for producing innovative products in four-six weeks and sometimes, within two weeks! The glassmaker also boasts ISO quality management certification and complies with all social requirements. “We are really customer-focused, with a company motto ‘To take care of the customer’.”

It is now planned to enter the retail sector, where AGI plans to reach out to end consumers via e-commerce platforms.

A series of important short, medium and long-term goals are in place. In the short-term, this includes the introduction of best practises in manufacture, the introduction of operational management tools and collaborations with leading international glassmakers in the area of technology transfer. Until recently, for example, a technology transfer agreement was in place with Germany’s Wiegand-Glas and the company is currently exploring other opportunities for a similar partnership.

Digitalisation and automation are recognised as an important part of daily work routines and elsewhere, AGI is introducing a series of non-manufacturing-related tools to the business that are expected to deliver accuracy, speed and authenticity to the decision-making process.

In the medium-term, the company wants to introduce a series of value added services, so that existing and future customers are served effectively, while in the long-term, the goal is to be recognised as a world class manufacturer, with a presence in India and abroad.

As well as investing in a new crushing plant and the latest inspection technology, the company is planning to upgrade existing packaging, warehousing and logistics systems to permit increased production volumes.

Close relationships are maintained with such leading international suppliers as Agr, Antonini, Emhart, Heye International, IRIS, Pennekamp, Sheppee, SORG, Zecchetti and Zippe. “We need suppliers to help us to perform better by concentrating on two broad areas” Rajesh Khosla suggests. “How can solutions be customised for the Indian market?; and because most equipment and parts come from Europe, is it feasible for items to be made locally? As a result, they will be more economical, enabling us to be more competitive globally.”

According to Mr Khosla, deeper engagement between AGI and technology suppliers would go a long way to achieving a win-win in the market for all parties. “My belief is that our technology suppliers too should capitalise on the ‘Made in India’ initiative, conceived by the Industry Ministry, thereby bringing in a win-win for both. Surely, India is a competitive place when it comes to manufacturing today.”

The introduction of value added glass products is expected to represent a major opportunity for AGI’s business growth in India’s expanding glass packaging market. On the flip side, significant challenges also exist, based largely on the uncertainty of potential government policies that could adversely affect the market and the glassmaker’s customers.

Rajesh Khosla reports that the local glass container industry is performing reasonably well, driven by the needs of a huge middle class and their preference for glass packaging. “While Indian glass container demand has grown, the time has come for the supply side to push for products that will transform the packaging industry generally” the AGI President contends. “Glass is well placed as the preferred packaging material.”

AGI glaspac is an active member of the South India Glass Manufacturers’ Association (SIGMA), with Sandip Somany having served as President for more than a decade. Furthermore, Rajesh Khosla is an Executive Committee member for the All India Glass Manufacturers’ Federation (AIGMF) and heads the organisation’s Raw Materials Committee, which represents the glass industry at national government level.

“In my opinion, trade associations such as SIGMA and AIGMF are very important, as they are the structured voice for the industry and they are the best channels for communication between industry and other stake holders” Mr Khosla concludes. “AIGMF has been successfully creating a platform where the industry can benefit from its collective efforts.”

* The full version of this article appears in the July/August issue, alongside a series of exclusive interviews with industry figureheads, topical market reports and technology updates. Subscribe now to receive the full paper and digital versions (subscribers receive a free copy of the Who’s Who / Annual Review yearbook!).