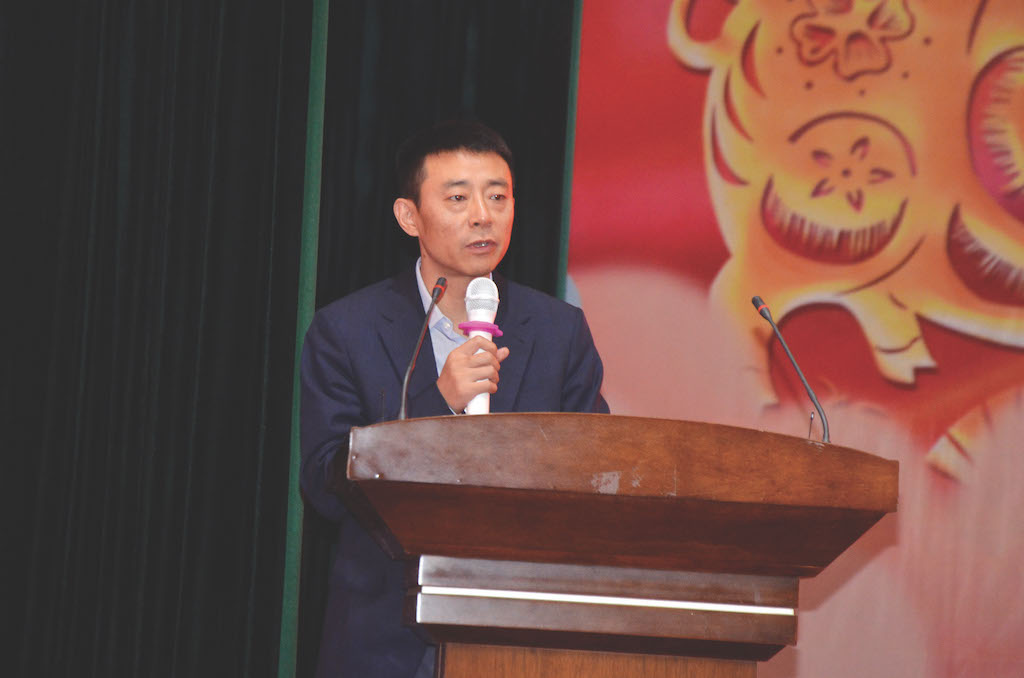 China’s iconic Tsingtao beer has gained popularity throughout the world, its bottles’ easily recognisable logo displaying an image of Zhan Qiao, a famous pier on Qingdao’s southern shore in Shandong Province. Local glassmaker, Shandong Jingyao Glass Group Co Ltd is an established supplier of glass packaging to Tsingtao Brewing Co Ltd and has been the subject of significant investment in recent times to keep pace with growing demand.

As well as supplying Tsingtao, the specialist bottle maker has emerged as an important supplier to such global brands as AB InBev, Carlsberg, Heineken and Snow Beer. Production is primarily in 207ml, 250ml, 296ml, 330ml, 355ml and 640ml lightweight bottle sizes in emerald green, clear and amber glass compositions. Although the vast majority of output is sold in China, a small amount of export work is undertaken to Vietnam and other neighbouring countries.

According to Tang Yong, Chairman, Shandong Jingyao Glass now ranks ninth among the world’s leading beer bottle manufacturers. Located at Linyi City in Shandong Province, the specialist glassmaker has successfully implemented a development strategy for the mass production of lightweight bottles to satisfy growing demand in the local market, while also developing the high end beer bottle sector and further enhancing the company’s position within the industry.

As well as being Chairman of Shandong Jingyao Glass, Tang Yong is also Vice Chairman of the China National Glass Association for the Glass Industry. An industry veteran with over 28 years’ experience, he joined Jingyao’s predecessor business in Linyi City, Pingshang Glass Factory, in 1991. Pingshang Glass was subsequently restructured into Shandong Jingyao Glass in 2005.

Tang Yong (pictured) moved into product sales in 1998, initially as Supply and Marketing Company Office Director, before serving as Supply and Marketing Company Deputy General Manager and then as General Manager. He was named President of the company in 2005, prior to taking over as Chairman in 2010. Working at the helm of the company, his main responsibilities relate to strategic development, personnel selection, raising funds and making investment decisions. “My father, Tang Shunfu was the inspiration for my career in the glass industry” Tang Yong explains. “He led Shandong Jingyao Glass through some tough times along the road to development and in so doing, he strengthened my resolve to work in the glass industry, as well as my faith in the industry. He has been the guiding light in my career.”

Since taking over as Chairman, Tang Yong has led the glassmaker’s differentiation development strategy, following a path where no other Chinese beer bottle producer has achieved similar success to date. “So far, more than €80 million has been invested, most of it on the installation of modern, high speed production facilities associated with making lightweight bottles and pollution treatment equipment, where NOx and CO2 removal is necessary” he says, acknowledging that this project still represents one of the most rewarding aspects of his job to date. “There is still a long way to go compared to the world’s most advanced glass bottle manufacturers in Europe and the USA, however, with the need for continuous innovation and achieving the most advanced global standards representing my greatest future challenges.”

Other key members of the Shandong Jingyao Glass management team include Bo Wencai, Qiu Xugang and Yu Guoming. Of these, Bo Wencai has been involved in bottle manufacture since 1985 and has a wealth of production and management experience, while Qiu Xugang has been associated with the industry since 1991, initiating the company’s lightweighting development and manufacturing initiative in 2012. “The lightweight bottle production team he led worked around the clock at the production site, abandoning the traditional blow-blow production process and achieving breakthroughs with narrow neck press and blow technology to successfully produce lightweight bottles” Tang Yong confirms.

The third significant member of the management team, Yu Guoming holds a Master’s degree in materials science from the Shandong Institute of Light Industry. Since graduating, he has worked for three decades at Jingyao in glass formulation and other areas of process management. A series of patents have been obtained through his research into lightweight glass material formulation.

Some of the world’s most advanced glass container production technology is operated at the site, including Heye International NNPB process IS machines, as well as several Sanjin-Emhart IS machines that can be converted to NNPB operation as required. The high speed 10-section Heye International IS machines are successfully operating with advanced cold end inspection equipment from Lyon-based IRIS Inspection machines. This includes Evolution 12 machines to perform sidewall and sidewall stress inspection, as well as IRIS Evolution 5 machines for base, base stress and finish inspection. Other automated inspection technology operated at the site has been sourced from Shandong Sanjin Glass Machinery and Beijing Daheng Image Vision, as well as from Heye International in Germany.

Cold end handling and palletising equipment has been sourced from Italy’s Emmeti (EMS Group) and from Weifang Sanjian Glass Machinery.

As part of the company’s ongoing investment strategy, Shandong Jingyao Glass has acquired the Chinese glass container industry’s first automatic swabbing robots, as well as press duration control (PDC) systems and the PlantPilot information technology solution from Heye International. A technical assistance agreement has also been signed with Heye to improve and optimise NNPB technology at the site, as the glass plant management team looks to reinforce its position as China’s market leader for the technology.

Shandong Jingyao Glass has been on a steep learning curve in recent years, as the company continues to grow stronger in line with the expanding needs of the local economy. Plans are in place to invest in the production of lightweight packaging for mineral water and other beverages but the production of beer bottles will continue to represent a focal point for the factory’s activities.

Tang Yong confirms that a national standard for beer bottles is soon to be issued. As a result, he anticipates even higher demand for lightweight beer bottles in China and the potential for supply shortages. All of which represents the latest major business opportunity for Shandong Jingyao Glass!

* The full version of this article appears in the March/April issue alongside a broad cross-section of editorial that assists with all areas of production and processing. Whatever your company's area of glass making expertise, this issue will provide you with balanced coverage of the latest news, technology, profiles, market information and events. Subscribe now to receive the full paper and digital versions (subscribers receive a free copy of the Who’s Who / Annual Review yearbook!).