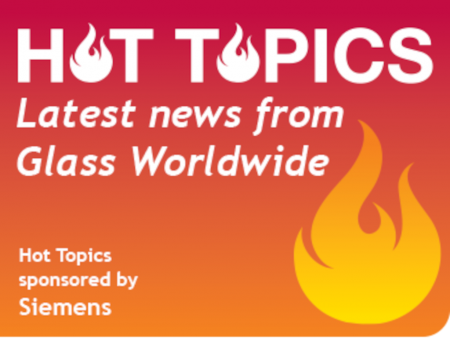 According to Verallia’s first quarter 2019 results, revenue came in at €633 million, representing growth of 6.7%. However, the currency effect had a negative impact of €19 million (‐3.3%) on quarterly performance, due mainly to continued depreciation of the Argentine Peso against the Euro.

At constant exchange rates, revenue rose 9.9%, driven by a significant volume/mix improvement in all regions. Verallia also further demonstrated its ability to pass on the rise in energy and raw materials costs to its selling prices.

grew by 7.1% on both a reported basis and at constant exchange rates. Along with a general rise in prices, volumes for the region were upbeat, fueled by strong momentum in the wine market, in which Verallia enjoys leading positions.

revenue climbed 11%; changes in exchange rates had a slightly negative impact of 0.7%, related mainly to the depreciation of the Russian ruble, partly offset by small gains in the Ukrainian Hryvnia against the Euro. At constant exchange rates, NEE delivered 11.7%

revenue growth, spurred by the volumes in all countries and across all product ranges. Selling price increases are being implemented as expected to compensate cost inflation, especially on energy.

In Latin America (Brazil, Argentina and Chile), a 4.3% decline in reported revenue results from the further depreciation in currencies in the region, in particular the Argentine Peso.

At constant exchange rates, Latin America actually delivered 26.4% growth on the back of good sales momentum, especially in Brazil and resilience in Argentina. Closure of the historic Sao Paolo site and start‐up of a new plant in Jacutinga, Minas Gerais proved successful.