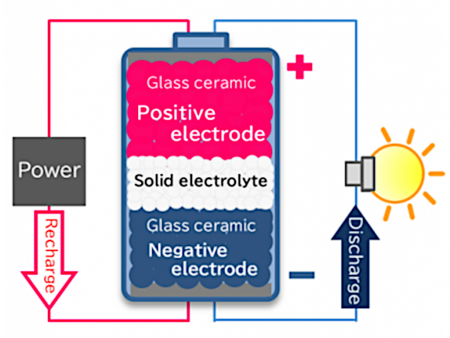 The proposed all-solid-state Na-ion secondary battery has an output voltage of 3 V, it possesses great application prospects and its performance is comparable to that of the existing lithium-ion rechargeable batteries.

In contrast to Li-ion versions a Na-ion secondary battery utilises abundant metals, such as sodium and iron, and does not require any rare metals, such as lithium, cobalt or nickel. In addition, since the battery comprises a stable oxide material, it does not ignite nor generate harmful gas, even when pierced by a nail or knife.

Achieving a carbon-free society becomes possible by commercialising the all-oxide all-solid-state Na-ion secondary battery as it uses affordable resources and is very safe when operated.